The official Arduino Desktop IDE is fantastic at what it was made for. After downloading, opening your first sketch (say, blink.ino) and flashing this to your connected Arduino hardware takes all of 3 seconds.

However, once your sketches become a little more complex, a more sophisticated IDE with code navigation, documentation and context-sensitive completion can be a great help.

Currently, one of the better solutions is the Arduino extension for Visual Studio Code. You can be up and running quite quickly, and after adding the necessary include directories to your config, the built-in IntelliSense C++ helps immensely with code completion, navigation and inline documentation.

Overview of this barebones solution

However, this post is about getting CLion working with your Arduino projects, without using any additional software besides the Arduino IDE and CLion. 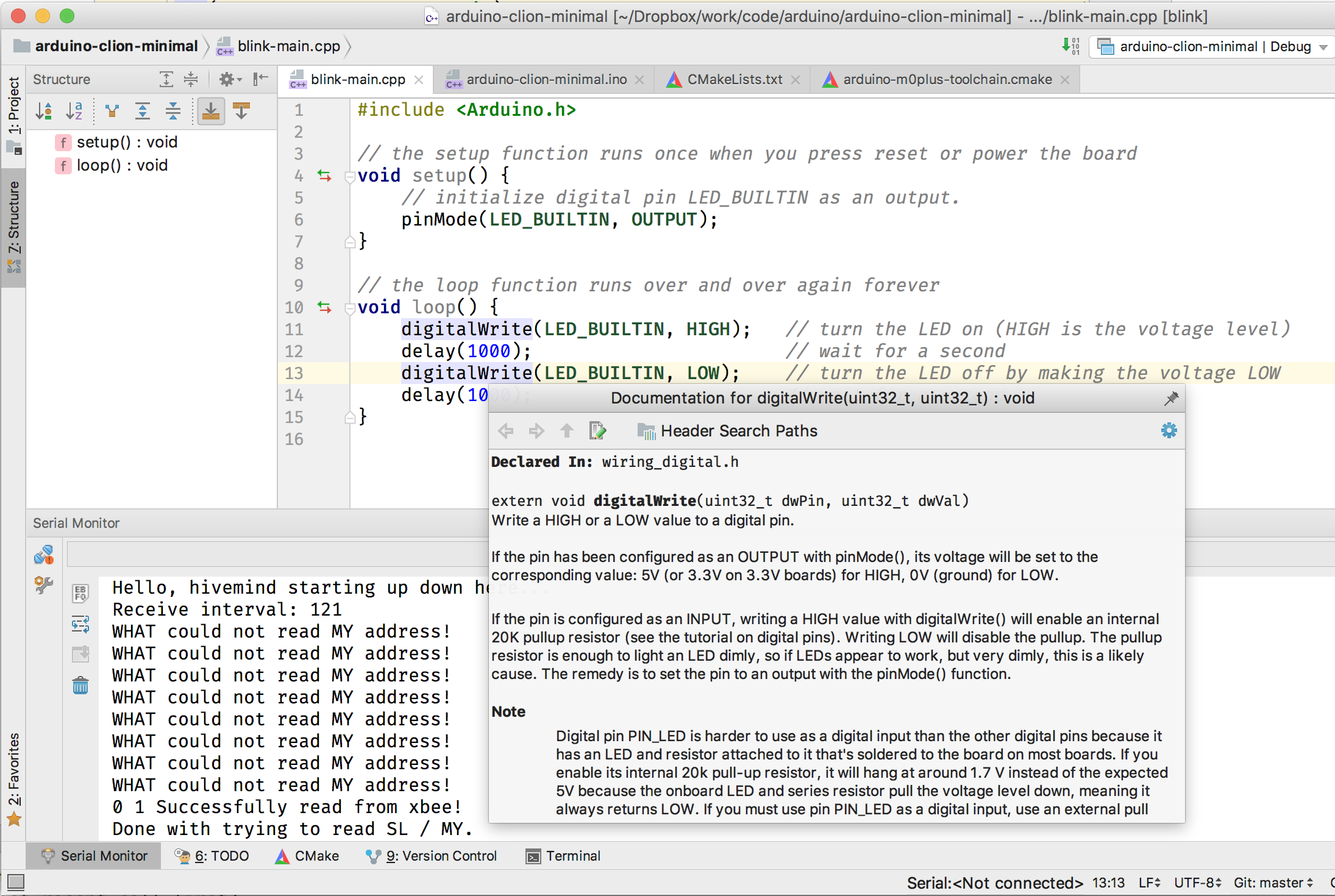 An example of CLion editing the converted blink sketch with the m0 toolchain file installed. The documentation for digitalWrite is shown inline. At the left the file’s structure, and below the serial monitor plugin for CLion that can be used to see what the arduino is sending us.

The core of the solution is to create a cmake toolchain file for the Arduino, based on compilation parameters extracted from a verbose run of the Arduino Desktop IDE 1.8.5 in command-line mode.

Furthermore, it is important that all sketch code is moved out into .cpp files, and the necessary includes (importantly Arduino.h) and function prototypes are added. The main .ino (sketch) file has to be maintained with the same name as the containing directory, but it can be empty, which is what I usually do.

There are CLion arduino plugins which you could try (I could not get any of them working completely), but with this minimal example, you get to know exactly what is going on behind the scenes.

Up and running CLion, cmake and the blink example

To get you started, I have converted the minimal stock Arduino blink sketch to a CLion-compatible project, including toolchain files for the AVR-based Uno and for the ARM-based M0 boards, and made it available on github as arduino-clion-minimal. You can easily modify your existing projects by just copying and modifying the CMakeLists.txt and the relevant toolchain file.

To try out CLionized blink, clone this repo, then open it with CLion. 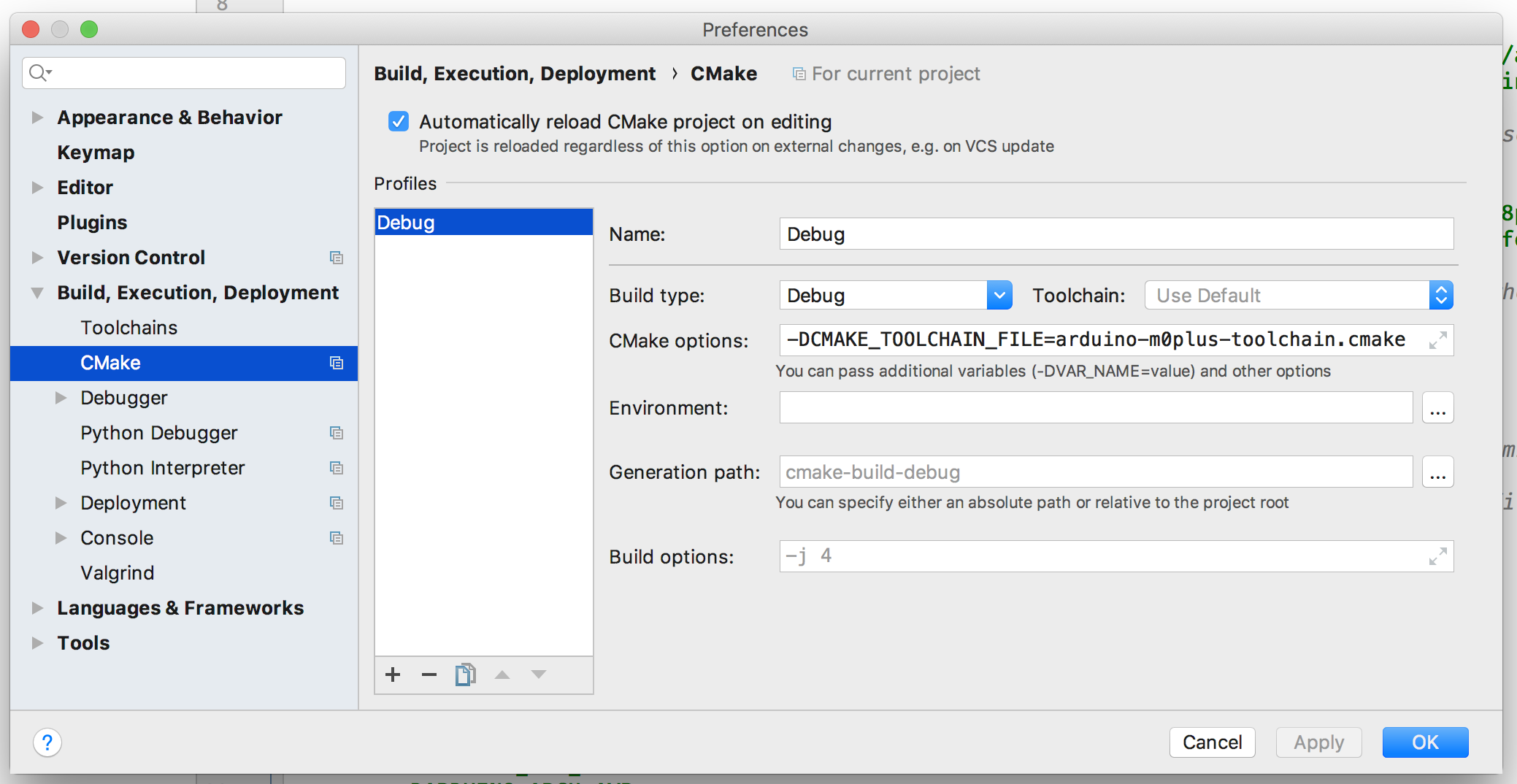 Before you upload, make sure that you’ve selected the correct board type and port with the Arduino desktop IDE.

With this simple setup, you should have access to all of CLion’s programming facilities during the development of your Arduino sketches.

Let me know in the comments how it went!

Related posts: 🌤 Which jumper to set on the ITEAD XBee shield v1.1 for use with a 3.3V Arduino 🌤 The RobotDyn Joystick shield has the XBee TX / RX lines switched to D0 and D1 or completely disconnected