For a project that I’m currently helping with, we needed recent OpenGL features that are only available on NVIDIA drivers with version 340 and later. 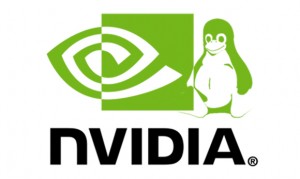 Unfortunately, I have one of those NVIDIA Optimus laptops. Up to now, Bumblebee worked a treat (I would recommend this system in most cases), but for this project I needed the whole of X to run on the NVIDIA, so I had to make use of nvidia-prime to switch between Intel and NVIDIA mode.

After upgrading to the nvidia-346* packages from the xorg-edgers PPA, switching to nvidia mode by typing prime-select nvidia and then logging out and in to X, I was greeted by a black screen.

Many hours of experimentation, script tracing and web searching later I made the following observations:

All of this lead to the following (working: now tested on two setups) solution:

If you are still greeted by a black screen, switch back to the console, and double-check that the xorg.conf has not again been rewritten to its pre-modesetting state. (if you’ve used the chattr trick above, you should be fine)

If you want to switch back to Intel you will have to stop lightdm, re-enable gpu-manager, make xorg.conf editable again with sudo chattr -i /etc/X11/xorg.conf, activate intel mode with sudo prime-select intel and then restart X with sudo service lightdm start.

It’s very possible that later versions of gpu-manager might have fixed this behaviour.

Let me know in the comments if this worked for you!